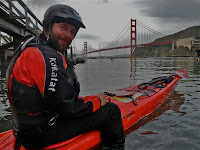 Tide Race Sea Kayaks recently sent me down to San Francisco as a guest coach for one of the best rough water sea symposiums found anywhere in the world.  Made bright by warm sunshine and big smiles from some of the toughest, most enthusiastic students I have ever had the pleasure of coaching, The Golden Gate Sea Kayak Symposium was again a great success.

The event attracted some of the best coaches and instructors from the West coast and across the globe.  There was a touching tribute and memorial to Tsunami Ranger Commander Eric Soares.  The amazingly entertaining explorer and professor Jon Turk presented his circumnavigation of Ellesmere Island.  San Francisco it's self seemed to shine in the late day sun, but it was the students that proved to be the true stars of the weekend! 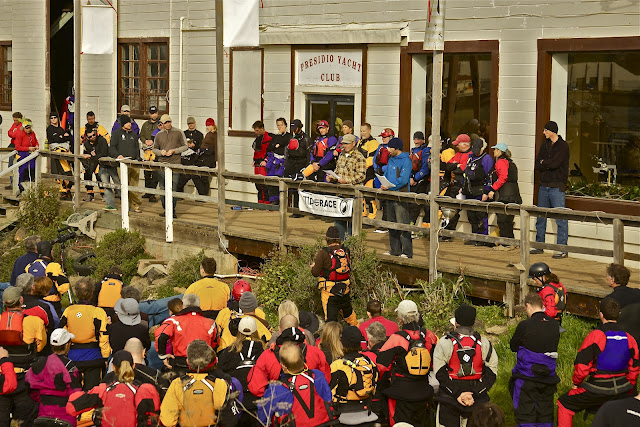 They were up before the sun each day ready for whatever challenges lay ahead; be it a dwarfing swell barreling in off the Pacific or whirling currents coursing through the bay.  Unforgiving barnacle encrusted rocks continually emerged from the depths to transform the heavy blue water to a bright white foam, then disappeared again in an instant, leaving behind only subtle traces along the water's surface before re-emerging once again moments later.

Those who ventured outside "The Gate" often experienced an exhilarating combination of these forces.  I was fortuitous enough to have the opportunity to coach rock gardening all weekend with good friends such as Matt Nelson and Jeff Laxier along with some new friends like Jake Stachovak, Rowan Gloag, Nick Castro, Roger Schumann, and Duane Strosacker.

In defining moments of well timed determination and commitment, our rock gardening students punched through slots and over shelves turning the sea into a vast playground filled with endless opportunities for personal challenge and exploration.  I remain truly humbled by their passion, their courage, and the heartfelt expressions of appreciation shared after each day on the water.  It takes a certain breed to do what we do, and the participants at the Golden Gate Sea Kayak Symposium have what it takes!  I'm proud of you guys and I know Eric Soares would be to!  I thought of him often as we were passing under the gate and entering Eric's favorite realm.  I, along with a few others, had the opportunity to lead a class just like this one with Eric at last year's event.  He will be missed. 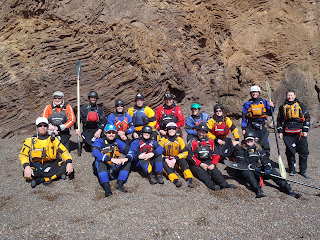 Photo By Anders
Thank You:  Tide Race Sea Kayaks for sponsoring this year's symposium and making my attendance possible.

After all the symposium action was wrapped up, Richard Davis and Nick Scoville of Saltwood Paddles gave Kate and I a lift up to Mendocino for our annual coaches after-party paddling sessions.  We spent a couple days paddling the coast of Northern California with Bryant Burkhardt of CCK and Cate Hawthorne of Liquid Fusion Kayaking in Fort Bragg.  Check out a couple parting shots from the symposium AND all the fun had after the event below: 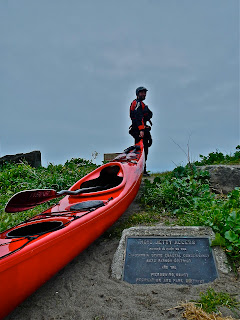 Posted by Paul Kuthe at 8:19 AM No comments:

Who invited THIS guy?

I have to try and show a little class this month.  I will be doing some sea coaching with some of the very best, at two amazing venues in February!  Who's ready to get back on NW waters for 2012? 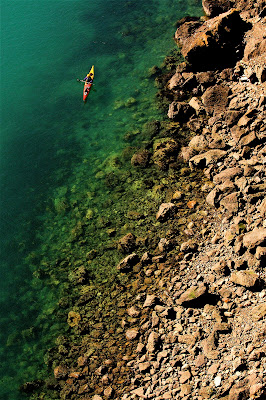 To start things off, I will be heading North into Washington's Deception Pass to teach with one of my favorite coaches, Gordon Brown over from Scotland. 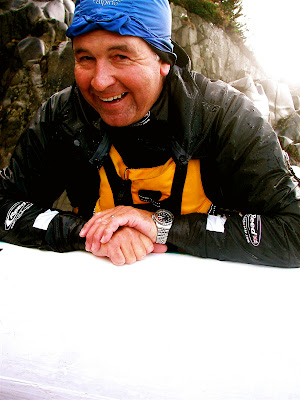 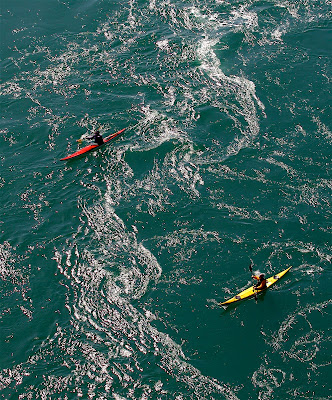 Gordon and I will be presenting helpful ideas and techniques for smarter paddling in dynamic waters.  Everything from breaking in and out of swirling whirlpools to mopping up the mess with incident management will be covered.  Follow all the action from the weekend or jump on last minute cancellations by visiting this link:     https://www.facebook.com/events/148496055257573/
This is truly a unique opportunity.  Gordon's classes always fill up fast.  I can't wait to coach with him again.

After all the "Deception" you won't believe where we are headed next... 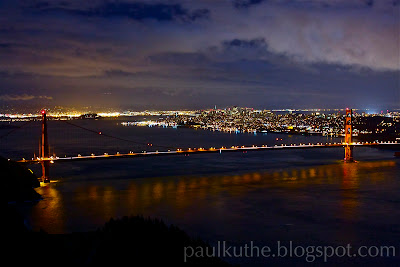 GOLDEN GATE SEA KAYAK SYMPOSIUM HERE WE COME!!!!!!
There are still a few spaces left at the big symposium in San Francisco.  If you have not been before, I HIGHLY recommend the experience.  Visit the site and sign up NOW before it fills up too!!! 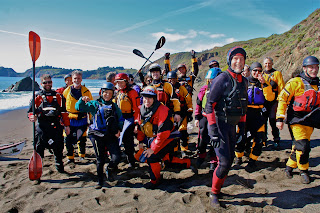 I have been down for "Golden Gate" every year.  This February, Tide Race Sea Kayaks and I will be heading back down to the city by the bay.  San Francisco Bay offers some of the very best coaching and learning venues anywhere.  Work on refining basic technique in the calm waters of the inner bay, or tackle the beginner tide rips off yellow bluff or tour around Alcatraz.  Slip under the Golden Gate Bridge and out into the wild blue ocean beyond for more advanced training grounds with caves, rocks, and explosive swell.  San Fran has it ALL! 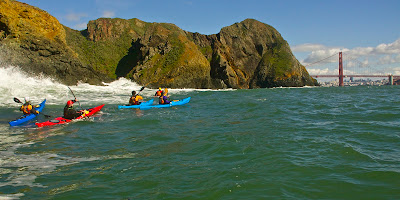 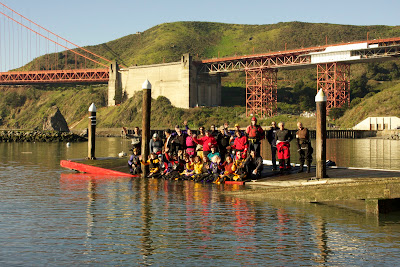 World class coaches from all over the world will be there including a special visit from the legendary Jon Turk!  There is something for everyone down at the Golden Gate Symposium.  It's a truly iconic backdrop to an incredible sea paddling event with some of the very best coaches from all around the world.  Hurry...don't miss this opportunity...I'm not sure how long that dock will hold all the amazing coaching talent!
Visit http://www.ggsks.com/  to get signed up!  Don't wait!! It's filling up fast!!!
Posted by Paul Kuthe at 10:19 AM 2 comments: