A Dance to Remember

I am always amazed at the people I've met through boating.  Coaching paddle-sports gives you this amazing opportunity to meet people on a level that most never get the chance.  Working for Alder Creek Kayak & Canoe has led to ad campaigns, media and film jobs, and other high profile projects that I would have never even known about otherwise.

Yesterday I experienced canoe dancing in person for the first time.  So beautiful...so passionate, so hilarious!  Well, hilarious especially when Saturday Night Live's Fred Armisen  is doing the dancing. 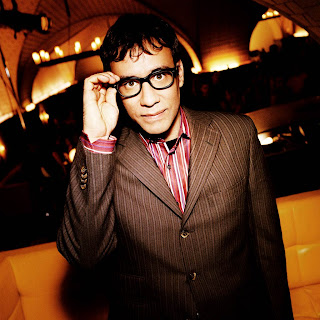 He and co-creator Jonathan Krisel are in town shooting season two of  Portlandia.  A 6-part IFC Original short-based comedy series based on and filmed in Portland, Oregon.  Alder Creek got the call from the production company and I was brought in to teach Fred how to canoe well enough to pull off some seriously sweet canoe dance moves in the 5 minutes we had before the first take.
I was amazed at how quickly he took to it, and what a great sport he was about it all.  I enjoyed having some time to chat with him on set.  He seemed genuine and was kind and courteous to everyone around him.  He was one of the easiest students to work with by far.  Once our quick lesson was over, I was asked to fill in as an extra in the scene.  Not a bad days work...
Move over  Marc Ornstein there's a new game in town.  The interesting take away from this for me was that you could be on You Tube one day and end up being spoofed by some of the best sketch comics in the biz four years later?!  Sometimes real life presents the most humorous of all situations I suppose.
Be sure to keep your eyes peeled for Season 2 of Portlandia.  It was a great opportunity, and I look forward to seeing it all come together.  If your curious about Portland or your just looking for a good laugh, it's worth a look.
Posted by Paul Kuthe at 9:44 PM 1 comment: