Getting Trashed on the River...AGAIN 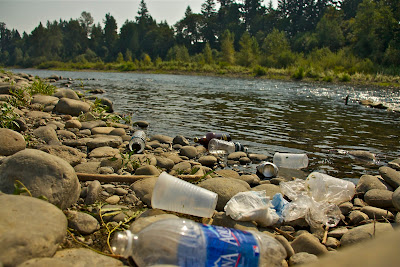 This year's event was the biggest ever!  Over 420 volunteers showed up to the Clackamas River near Portland, Oregon last Sunday Sept 11th for the 9th annual Down the River Clean Up.  They rolled up their sleeves and dug in with enthusiasm!  This is "restoration recreation" at it's best and people really stepped up to the task this year. 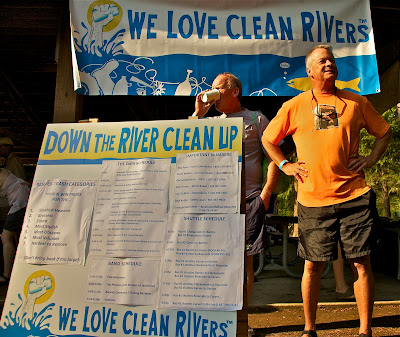 The Barton to Carver section had the most trash by far as it sees the highest level of use.  People are venturing further and further upstream to avoid the alcohol regulations put in place on the lower sections in recent years due to crowds and violence.  I took a short hike upstream from Barton and found the scene in the first photo.  I have a feeling there is much more where that came from just up river.  We Love Clean Rivers is now considering expanding the effort to include stretches above Barton including  Milo McIver State Park.  While it's important move, it would add to the already complex labyrinth of logistics an event of this scale requires.

No stranger to logistics, Staj Pace (pictured above) did an amazing job as event coordinator.  Never having been to the event prior to running the show didn't seem to hold her back.  Her detailed oriented and relentless work ethic served to turn out an unprecedented amount of sponsor support.  Everything from the shuttle, the silent auction items,  to the top notch food was all donated by generous businesses and clubs.  Despite having the largest volunteer turn out ever the registration went as smooth as it ever has.  We can only hope that she will return for next year. 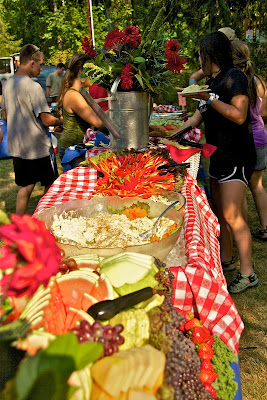 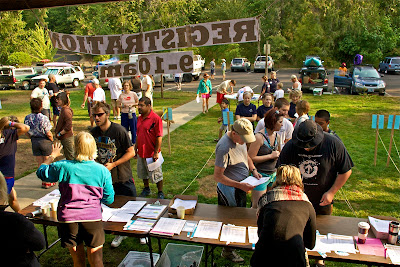 As the river safety coordinator for the event I have to give a shout out to American Medical Response, Clackamas County Marine Sheriff Dept, Clack County Fire and Rescue, and the Oregon State Marine Board for their support during the event.  Without their expert assistance we could not pull this off year after year.
After the big safety chat all 15 pods hit the river in hot pursuit of all manor of debris.  The biggest, nastiest, heaviest, and weirdest pieces of refuse were all compiled for a contest back at HQ.  Other pieces of trash were sorted and pulled aside for The Ripple Effect, a recycled art auction to benefit We Love Clean Rivers.  This year's auction is October 6th.  Visit the website and be sure to check it out.
Having fun while inspiring change is what it's all about.  If we can create lasting memories for the kids and establish those close connections to the natural world perhaps we can protect this water way for years to come.  While all the kids were "working" out on the river we were back at HQ getting everything ready for the party. 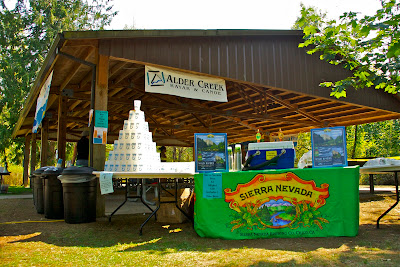 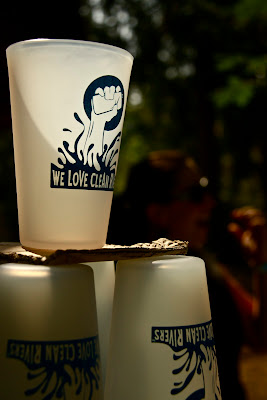 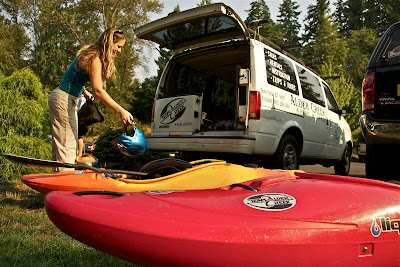 When it was all said and done this was the second largest trash total of any year:  3.4 TONS of garbage and debris was removed from the river, 51% of which was actually recycled (In 2006 4.2 tons were removed).  While the numbers are impressive, they are not going down as quickly as we would like.  Public awareness campaigns like the Stash the Trash program are helping, but it's my hope that we can continue to spread the word of Leave No Trace to all river users.  May we continue to take only photographs and leave only footprints.
photos and story by Paul Kuthe
Posted by Paul Kuthe at 10:38 PM 1 comment: